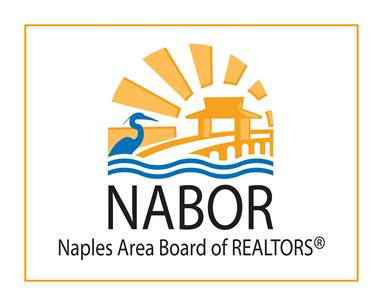 Naples, Fla. (September 19, 2014) – “We can’t sell what’s not there,” was a phrase repeated among several brokers as they analyzed a recent report tracking August home sales activity released by the Naples Area Board of REALTORS® (NABOR®), which tracks home listings and sales within Collier County (excluding Marco Island). Overall inventory dropped 20 percent in the $300,000 and below price category in August 2014 compared to August 2013. The median price in this price category rose 13 percent as a result. The pending and closed sales dropped double digits in the same price segment August 2014 compared to August 2013, factors that illustrate the economic law of supply and demand.


“I thought we had seen the top of this economic cycle a year ago,” said Cindy Carroll, SRA, with the real estate appraisal and consultancy firm Carroll & Carroll, Inc., referring to unpredictable activity in certain areas within Collier County. “Our local market is extremely diverse. For example, in Pelican Bay there is a three month inventory of single family homes for sale, but if you are looking to buy a Crayton Road area condo in the $2 to $3 million price range, you'd better be ready with a checkbook because there are only two listings.”

Brenda Fioretti, Managing Broker at Berkshire Hathaway HomeServices Florida Realty, pointed out that the report also showed financed sales had increased 30 percent since NABOR® starting tracking overall cash versus conventional (financed) sales in January 2013. “We are starting to see an increase in the number of homes being financed by qualified buyers.”


Several brokers agreed with Phil Wood, President & CEO of John R. Wood Realtors, who said, “We’ll have to see if the low inventory will continue to be a trend in the coming months.”

The August report reflects inconsistent activity across all geographic areas making it difficult to predict whether the low inventory will continue to affect pending and closed sales moving forward. Additionally, another factor not tracked in the report but one that impacts pending homes sales is new construction, which continues to swell in the area. However, the rising inventory of newly constructed homes will not help those buyers looking forhomes in the under $300,000 price category because there are few available.


With the complexity of real estate transactions today, compounded by varying price pockets within the diverse Naples geographic areas and the speed at which you need to be ready to make a move, using a Naples REALTOR® to buy or sell a home is the best way to know you have a guide that understands what’s best for you. A Naples REALTOR® has the expertise and professionalism to help you make the smartest move at the right time.

whose members have a positive and progressive impact on the Naples Community. NABOR® is a local board of REALTORS®


and real estate professionals with a legacy of nearly 60 years serving 4,700 plus members. NABOR® is a member of the

Florida Realtors and the National Association of REALTORS®, which is the largest association in the United States with

more than 1.3 million members and over 1,400 local board of REALTORS® nationwide. NABOR® is structured to provide

programs and services to its membership through various committees and the NABOR® Board of Directors, all of whose


The term REALTOR® is a registered collective membership mark which identifies a real estate professional who is a member of the National Association of REALTORS® and who subscribe to its strict Code of Ethics.