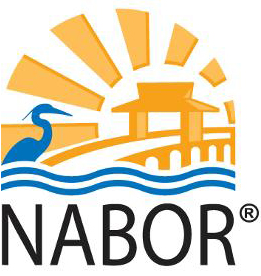 Naples, Fla. (July 17, 2015) - According to the Second Quarter 2015 Market Report released by the Naples Area Board of REALTORS® (NABOR®), which tracks home listings and sales within Collier County (excluding Marco Island), 60 percent of the market experienced inventory growth, and overall sales activity remained on pace with activity experienced in the second quarter of 2014. The report also indicated a 9 percent increase in pending sales (quarter over quarter) for homes priced above $300,000. These factors and other statistics in the 2Q 2015 Market Report have led broker analysts to conclude another great year is very likely.

"In this quarter last year, 44 percent of pending sales [homes under contract] were for homes in the price category over $300,000," said Brett Brown, a Broker/Salesperson for Premier Sotheby's International Realty. "The current report shows us that the number of pending sales has increased to 53 percent of the market."

Brown pointed out that from 2010 to 2012 80 percent of all pending sales were composed of homes under $300,000. But second quarter reports for 2014 and 2015 identify a shift took place in pending sales activity to homes at higher price points within the market. And while inventory in the under $300,000 price category decreased 24 percent in the 2Q of 2015 (the same rate as in the 1Q of 2015); this price segment no longer makes up the majority of the market's inventory.

Broker analysts contend that the market was quite different 10 years ago with a lot of flipping and loose financing going on. But the consumer and industry setting is different today. The 2Q 2015 Market Report revealed where the differences occurred like median closed price, where prices for homes between $300,000 and $2 million leveled out increasing or decreasing 0 to 2 percent. Other differences revealed in the 2Q Report are a gradual increase in financed homes to 38.3 percent of the market in June 2015, and a non-traditional market (short sales and foreclosures) that is dwindling at just 7 percent of the market.

"Prior to 2014, prices in all segments were going up," said Tom Bringardner, Jr., President/CEO of Premier Commercial. "But a side-by-side comparison of overall activity for the first six months of last year to this year signifies a different climate where the market has reached stabilization."


The NABOR® June 2015 Market Report was also released and reflected these overall (single-family and condominium) findings:


"Overall inventory is almost the same number as it was this time last year. That is amazing when you consider the fact that we have had 9,850 closings over the last twelve months. Overall, this tells you that the properties are being listed almost as fast as we are selling them. Certainly we would like to see more listings come on the market than the 3,698 properties that are currently listed," said Mike Hughes NABOR President, Vice President and General Manager of Downing-Frye Realty, Inc. "If there is a perception that inventory is dramatically shrinking, the 2Q Market Report shows us that this observation is unfounded."

"I saw a lot more locals selling and buying homes in the second quarter of 2015," said Steve Barker, Advising Broker for Equity Realty, who added that market conditions are right for this type of transition. "People are no longer underwater in their homes and are confident it's a good time to sell and move into a new community."

To ensure your next sale or purchase in the Naples area is a success, contact a REALTOR® on Naplesrea.com.


Other Real Estate Articles Of Interest:


Other Articles Of Interest: