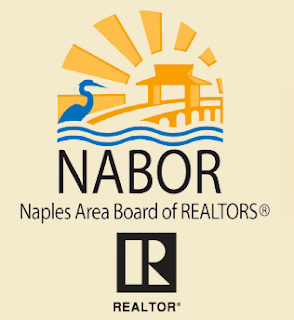 Naples, Fla. (June 19, 2015) - Historically, many local REALTORS® consider May an "in-between month" as it sits between when seasonal winter residents leave Naples for their homes up north and summer visitors arrive. Yet despite this perception, activity for May in the $300,000 to $500,000 price category of the housing market was on fire with a 30 percent increase (month over month) in overall closed sales from 181 homes in May 2014 to 236 homes in May 2015 according to a report released by the Naples Area Board of REALTORS® (NABOR®), which tracks home listings and sales within Collier County (excluding Marco Island).

"Inventory is not going down as much as it once did," noted Mike Hughes, NABOR® president, Vice President and General Manager of Downing-Frye Realty. "The inventory of properties below $300,000 has been reduced quite a bit from several years ago. This market is under tremendous pressure from multiple groups including first time home buyers, retirees and boomerang buyers.

The dynamics of the Naples market in 2015 are quite different than they were in 2005. We are not seeing the rampant flipping of properties that occurred in 2005. Many of our buyers recently are end users. The financing market today is a lot tougher now than it was in 2005. Roughly 60 to 70 percent of our buyers these days are cash buyers. Also, many of the developers are requiring a larger down payment than they did back in 2005.

Certainly property values have climbed in the area. With respect to the low-end part of the market, we still have many properties within Naples and there are plenty of these properties on the outskirts of the Naples area too. The bottom line is that the consumer looking for properties below $300,000 still has a wide selection of choices in Southwest Florida."

Hughes also pointed to similar dynamics affecting other high demand cities like Washington, DC, where most of the affordable homes are located in suburban areas. The projections are for tremendous growth east of Collier Boulevard over the next 20+ years. This area is very desirable for the consumer who wants land and wants to stay in a more affordable budget.

Homebuyers are fueling the decrease in days on market according to broker analysts, as shown by an overall decrease of 21 percent from 95 days on the market in May of 2014 to 75 days on the market in May of 2015. "It takes a lot less time to sell your house when it's priced right," remarked Brenda Fioretti, Managing Broker at Berkshire Hathaway HomeServices Florida Realty. "And if a buyer finds a home they like, they need to move quickly!"

To ensure your next sale or purchase in the Naples area is a success contact a REALTOR® on Naplesarea.com."