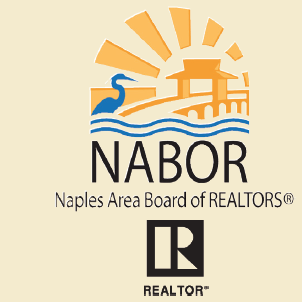 Naples, Fla. (May 22, 2015) - What makes a room full of real estate brokers happy? Record-breaking sales! This realization surfaced during a recent meeting where 10 NABOR® brokers reviewed the April 2015 Market Report released by the Naples Area Board of REALTORS® (NABOR®), which tracks home listings and sales within Collier County (excluding Marco Island). The report showed that traditional sales comprised 94% of all closed sales as compared to non-traditional sales (foreclosures or short sales).

Carmen Vasquez, owner/broker U.S. Prime Realty, pointed out that, "April 2015 had 1,095 traditional sales. This is the highest number of traditional sales in a month since we started tracking the NABOR® numbers back in 2009."

Veteran Broker and Principal at Naples Realty Services, Inc. John Steinwand concurred with Vasquez and illustrated further that, "Not only did April register the highest percentage of traditional sales since 2009, but the data revealed the highest total number of closed sales since July 2009, and the lowest level of distressed property closings in the past six years. Just 10 short sales and 57 foreclosed sales were closed this April versus 330 total distressed sales back in July of 2009."

The self-correcting trend became even more apparent when Carroll compared activity from the report by neighborhood, "In July 2014, the median closed price for single-family homes in the Naples Beach area increased 36 percent. In April 2015, this area saw an 11 percent increase. I think the market played catch up between 2013 and 2014 and we are seeing a tempering of it now."

The NABOR® April 2015 Market Report provides comparisons of single-family home and condominium sales (via the Southwest Florida MLS), price ranges, and geographic segmentation and includes an overall market summary. The NABOR® April 2015 sales statistics are presented in chart format, including these overall (single-family and condominium) findings:

Many of the brokers who analyzed the April 2015 Market Report had recently returned from the National Association of REALTORS® Legislative Meetings & Trade Expo in Washington, DC, and concurred that sales activity in the Naples area, as also reflected in the report, is in line with the national average.

However, the April 2015 Market Report by NABOR® showed an 18 percent decline in the days on market to 76 days from 93 days a year ago. Yet according to a REALTOR® Confidence Index report published by Lawrence Yun, Senior Vice President and Chief Economist with the National Association of REALTORS®, the national average in March 2015 was 52 days.

When you are ready to put your home on the market, look to a REALTOR® for the experience and knowledge you need to determine whether now is the right time to sell your home and ensure your next sale or purchase in the Naples area is a success. Contact a REALTOR® on NaplesArea.com®.


Other Articles Of Interest: